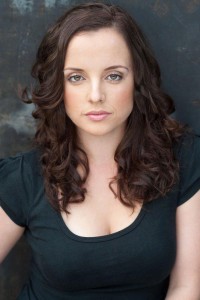 Born here on the Gold Coast, Lauren started dancing at the age of 2 under the direction of Peta McKenney at Paradise Performers Academy.

After completing year 12, Lauren moved to Sydney in 2005 and studied 1 year intensive training at ED5International. Graduating with a Certificate V in Performing Arts and using the skills and industry insights she had gained in all her training Lauren landed a job with the international production company, Millennium Entertainment International. For the best part of the next 8 years, Lauren continued to work for MEI as company member and production assistant for their many touring productions throughout Asia and the Middle East.

Highlights included performing for the Princess of Thailand in Bangkok on Cartoon Networks Cartoonival and also being flown to Abu Dhabi to perform at the birthday party of the son of the Sheikh as part of the cast of Barney’s Musical Castle.

Infused with a love of travel and a burning desire to see more of the world, Lauren joined the prestigious Princess Cruise Lines “Pacific Princess” as Singer/Dancer for its Inaugural World Cruise in 2008.

Having grown as a performer, Lauren moved into the role of Choreographer for Millennium Entertainment International and Smile Live Productions. She choreographed her first arena spectacular in 2010 with Barney’s Space Adventure and in 2012 was lucky enough to be invited to Norway to choreograph a world-first production of City Of Friends – Mystery in Friends’ Forest.

After 8 years of some amazing travelling adventures and lots of wonderful memories, Lauren is now back settled on the Gold Coast with her family, husband and baby Poppy. Her focus is now on creating well-rounded, grounded and confident performers who are passionate about being the best possible versions of themselves. Passing on her many years of industry experience and dedication to dance Lauren loves being part of the team at Academy Dance Studios and thoroughly enjoys teaching both her Acrobatics and Musical Theatre classes.